Now we are six

Were you read to as a child? One of my fondest memories is my mother’s voice, the turning pages and pictures reflecting the stories she gently shared. 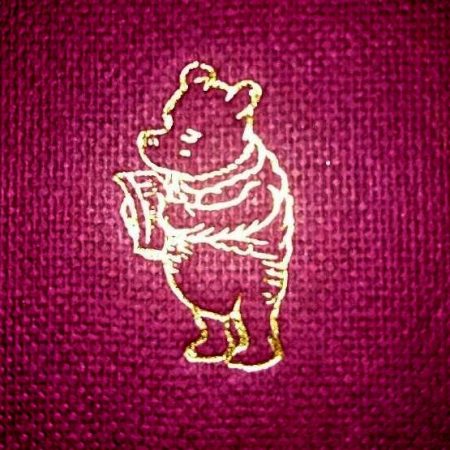 My favourite was anything by AA Milne, whether Winnie-the-Pooh or poems from When We Were Very Young and Now We Are Six. This image is from the cover of my 1965 edition of the latter.

The only other voice to come close was the late great Willie Rushton, for those who may remember.

Here is a 1929 recording of AA Milne himself reading Winnie-the-Pooh ‘In which Pooh and Piglet go Hunting and nearly catch a Woozle.’

The clip also features the wonderfully familiar EH Shepard illustrations. This is a treat, but I’d still prefer either my mum’s or Willie Rushton’s version, sadly neither of which are available!

At a recent Edinburgh International Book Festival event, best-selling author Jane Gardam, now in her eighties, touchingly recalled her childhood memories of being read to and the thrill as she realised that ‘the marks on the page’ were telling the story of the illustration alongside. For her it was Beatrix Potter.

So strong is Jane Gardam’s belief in the essential of storytelling, she states that children who aren’t read to and/or then don’t read stories are destined for a life of ‘bewildered boredom!’

Strong words indeed. Not sure I agree, but I do know that I never suffer from boredom so perhaps having my imagination fired as a child has equipped me well.

In which Noble Ox turns six!

All these years later, I still love AA Milne, so much so I’ve been waiting for this Noble Ox anniversary and the excuse to indulge with this Noble Oxtale!

Now We Are Six

Starting a business? Of course it’s a risk

A predictable income is hard not to miss

Year one, year two; things to learn, things to do

Year five is a milestone, so they say

And Now We Are Six, we’re well on our way!

Thank you to loved ones , colleagues and clients for your continued support of Noble Ox.