At the time, the Society was under the ownership of Louis Vuitton Moet Hennessy, and this was a high profile project. 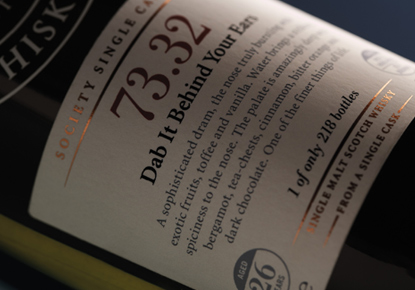 The brief was ambitious and all-encompassing and Charlotte led every aspect from the creative briefing to delivery to market, including effective management of all agencies and key stake-holders. The rebrand ranged from the whisky product and packaging, the Society venues and events, to all on and offline communications, including the digital strategy, briefing and delivery of a major new website and system integration. 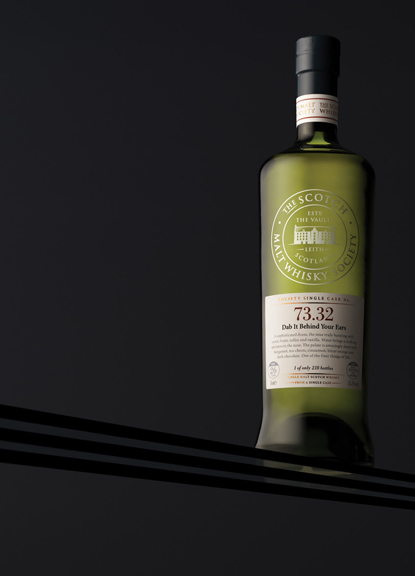 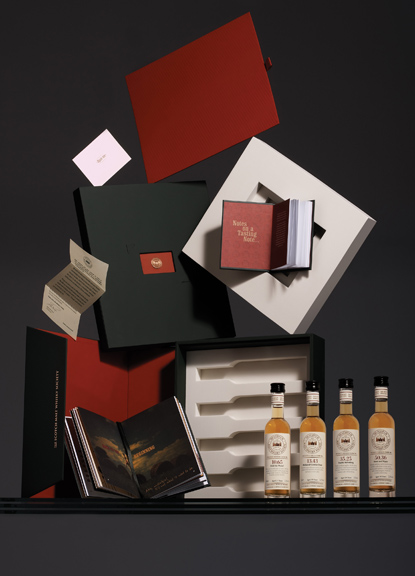 The project achieved great success, attracting critical acclaim across the Louis Vuitton Moet Hennessy group and an excellent response from the market place.  There was an increase in UK sales of 35% on same period from previous year, overseas markets reported increases of up to 54% and the Society broke through to new markets by increasing the accessibility and giftability of the product range.

“Charlotte (director of Noble Ox) is a rare marketing talent. She combines great sensitivity for brands and products with a deeply creative instinct. She presents brands with great integrity but also with a sense of fun and pleasure.”  Richard Gordon – Managing Director, Scotch Malt Whisky Society

“In 2007-8 The Scotch Malt Whisky Society undertook the single largest re-branding and development exercise of its twenty-five year history.  The Society’s bottle was the centrepiece of that re-launch. There is no doubt that the successful delivery of the project was driven by the clarity of thought, attention to detail, and tenacity of Charlotte as the project leader.”  Paul Miles – Managing Director, Scotch Malt Whisky Society (from 2009)

“Frank Design worked very closely with Charlotte (Noble Ox Marketing) on this award-winning re-brand. She was not only a very thorough and organised marketeer, but also made a significant contribution in maintaining the creative impetus of the project.

“Her straightforward yet approachable style meant the design team always felt challenged and motivated instead of harassed and harried! Most importantly, Charlotte’s focus, passion and good humour throughout the process ensured that we not only achieved a great result, but managed it with a smile on our faces!”  Andrew Hall-Director, Frank Design (2009) 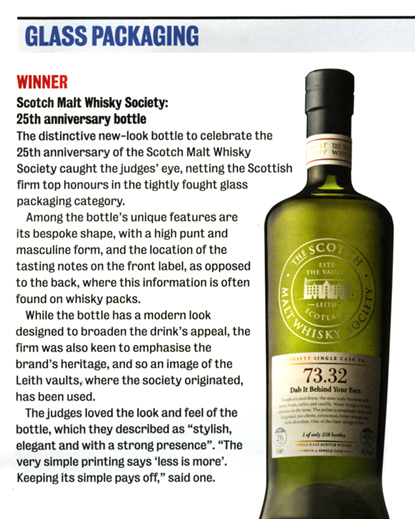 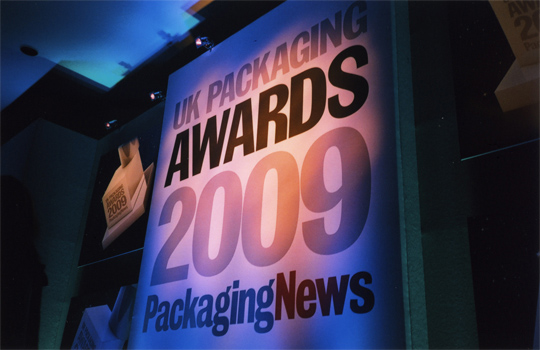